Holocaust survivor Henry Glanz, 92, sounded the shofah with a vigour belying his years at the close of the Holocaust Memorial Day Interfaith Commemoration at the East London Central Synagogue in Nelson Street on February 1. Henry came to England in 1939 on the last of the Kindertransport.

Many different faith groups were represented among those speaking at the event. Among the participants was Oliur Rahman, deputy mayor of Tower Hamlets. Elliott Tucker screened a filmed interview with Holocaust survivor Esther Brunstein, there was some fine music, mostly Jewish tunes from eastern Europe, played by Francesca Ter-Berg, and Yiddish-speaking actor Barry Davis contributed readings and then led the audience in the recital of the memorial prayer and, at the conclusion, the singing of the Jewish partisans' song Zog Nit Keyn Mol

The synagogue itself has been chosen by the Holocaust Memorial trust to house one of 70 candle holders designed by the celebrated artist Amish Kapoor to mark the 70th anniversary of the liberation of Auschwitz. The candle was lit at the same time as the lighting of the seven memorial candles -- six in memory of the 6 million who perished in the Holocaust and the seventh in memory of all others who have perished through genocide and hatred.

The candleholder designed by Amish Kapoor to mark the 70th anniversary of the liberation of Auschwitz, lit at Nelson Street synagogue 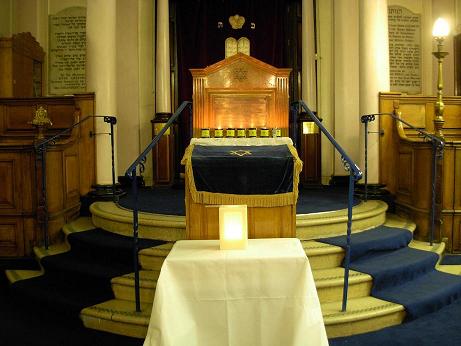 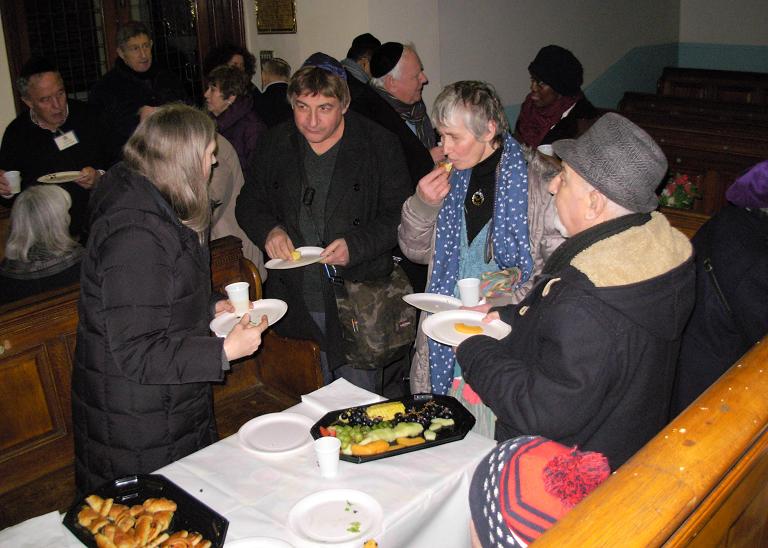 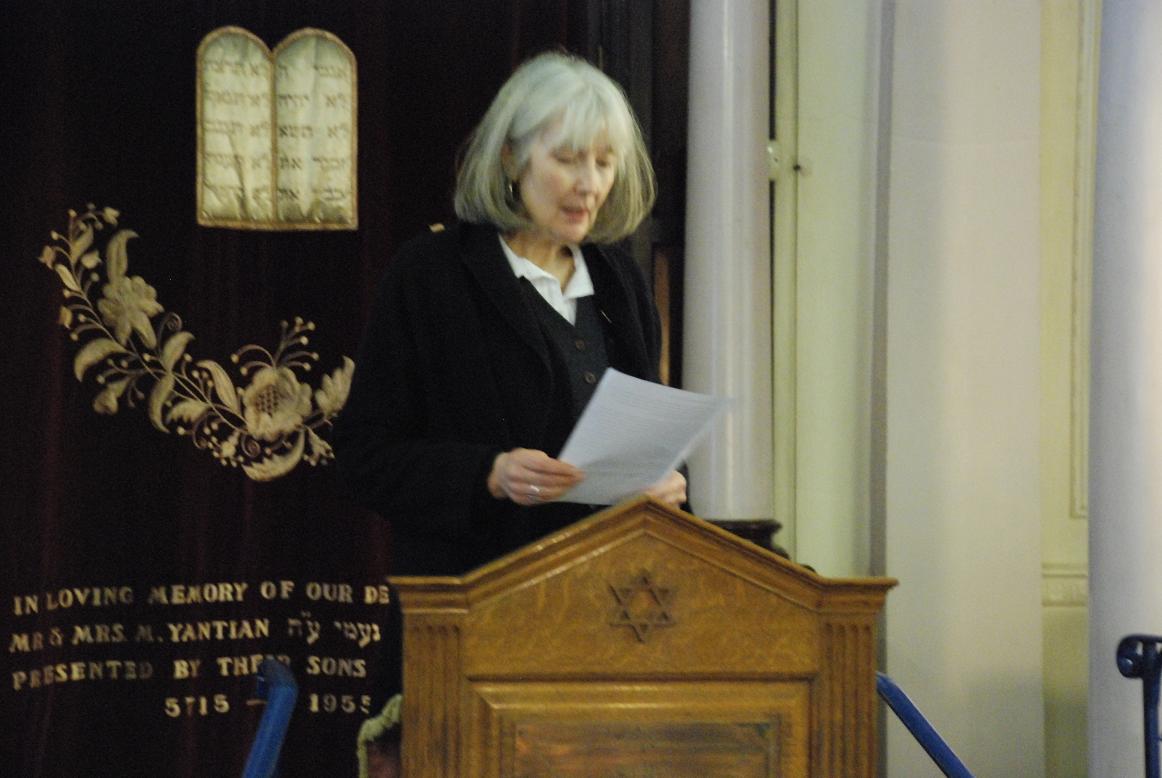 JEECS member Stephanie Maltman, one of the organisers of the Nelson Street event

Leon Silver, president and very much custodian of the East London Central Synagogue at Nelson Street, who welcomed participants to Nelson Street and gave a very moving address drawing on his own family's history

Clive Bettington, JEECS chairman, who made a plea for the memory of the East End's Jewish heritage to be kept alive 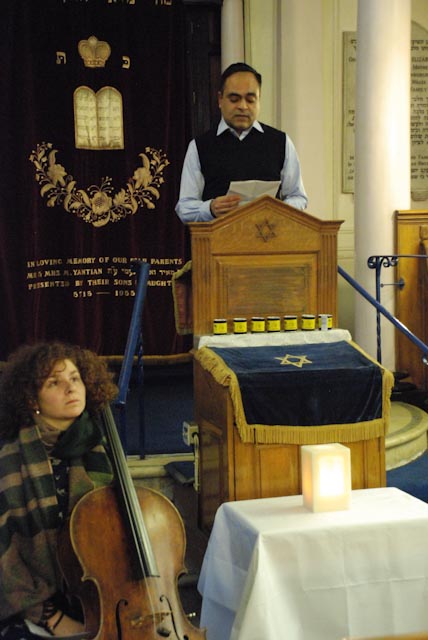 Ram Chandra Saha spoke from a Hindu perspective. In the foreground is Francesca Ter-Berg, whose wonderful cello playing complemented the speeches, readings and prayers. 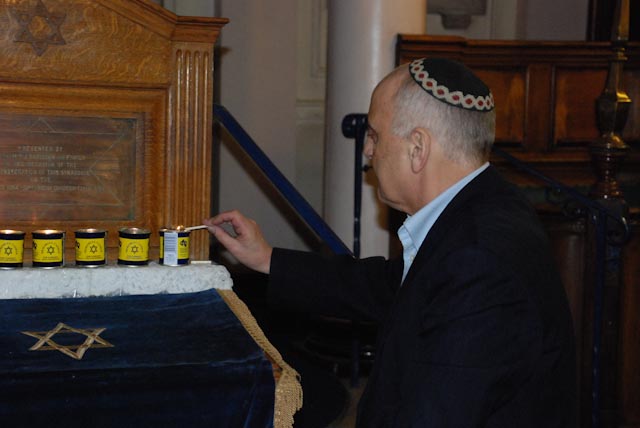 Actor Barry Davis lights one of the memorial candles. His readings and recital of the memorial prayer El Maleh Rachamim were among the highlights of the event, and he was in wonderful voice as he led the singing of the partisans' song Zog Nit Keyn Mol. 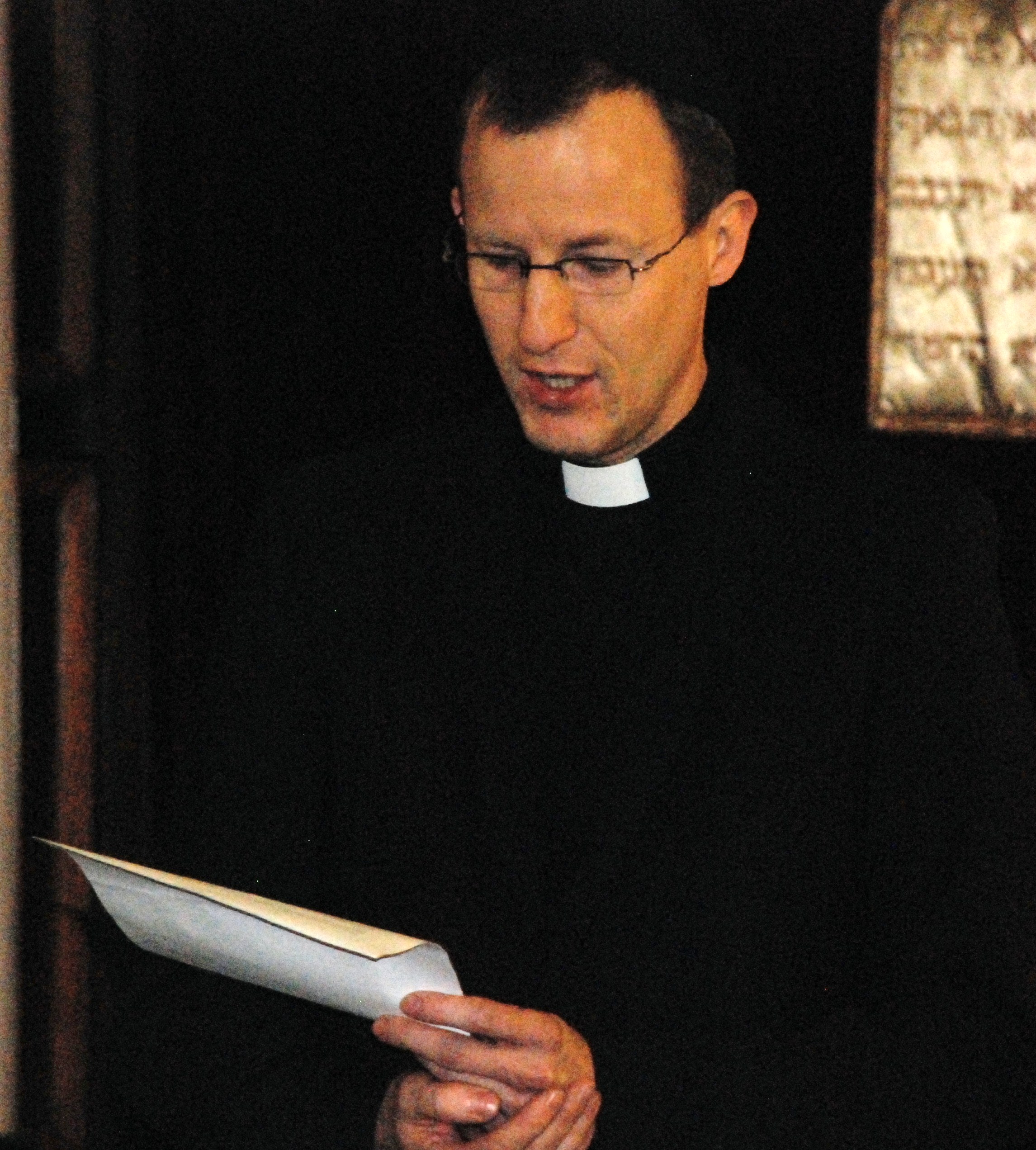 Julie Begum of the Swadhinata Trust, the Bengali history and heritage organisation

Jan McHarry spoke about the Holocaust from a Buddhist perspective

Dr Nirvana Douglas gave a reflection from a Bahai perspective